ARE YOU HAPPY? DISGUSTED? YOUR DOG CAN TELL THE DIFFERENCE 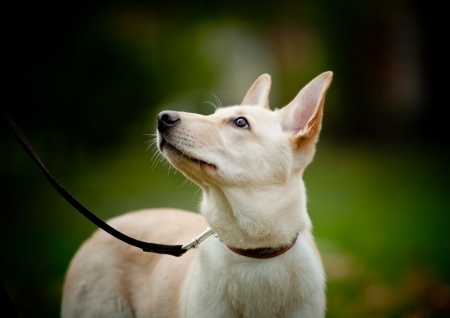 Can dog’s really discern your demeanor? Of course they can, and now science has caught up with what would seem to be common sense. From the article, “ARE YOU HAPPY? DISGUSTED? YOUR DOG CAN TELL THE DIFFERENCE“:

“Once again researchers at the Family Dog Project in Hungary have confirmed an ability that dog lovers have long suspected in our canine companions.

In an ingenious series of experiments the Eötvös Loránd University ethologists demonstrated that dogs can discriminate between human expressions of happiness, disgust, and simply blank indifference.

They built on earlier studies which had shown that dogs can tell the difference between smiling and “blank” photos of their owners’ faces, but did not recognize these differences on strangers’ faces. And that dogs were more interested in investigating a box when their owner had looked joyfully into the box than one that the owner had examined with an eeew! On the other hand, the owner’s expression of ickiness didn’t necessarily deter the dog any more than a simply blank expression. The authors hypothesized that this apparent disconnect might arise from dogs often finding objects in the world fascinating that humans find revolting and that the dogs had learned to notice this. You probably don’t have to go back farther than your last walk with your dog to think of some very graphic examples…”