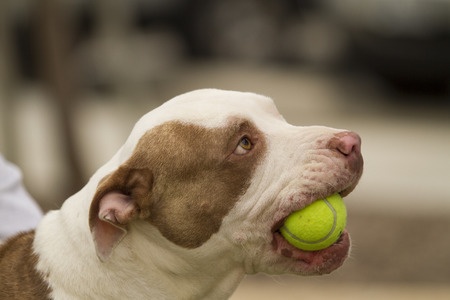 Today we wanted to highlight an article titled, “Here’s More Proof That We Shouldn’t Stereotype Dogs By Breed” by Arin Greenwood

“If you’re hoping that restricting dogs by breed will lead to fewer dog bites, well, you’re barking up the wrong tree, according to the author of a study published last month in The Veterinary Journal.

Páraic Ó Súilleabháin — a doctoral candidate in psychology at National University of Ireland, Galway, who focuses on human/canine interactions — looked at government-collected hospitalization records to see if dog bites had gone up or down since Irelandimposed breed-based dog regulations in 1998.

What Ó Súilleabháin found might come as a surprise to those who still believe breed specific legislation, or BSL, leads to safer communities: Hospitalizations due to dog bites have gone up since Ireland’s Control of Dogs regulations went into effect.

Under this legislation, 11 types of dogs — like Staffordshire bull terriers, American pit bull terriers, Rottweilers and Dobermans, plus related mutts — must be muzzled and on a short leash in public, and walked by someone over the age of 16.

The law was intended to reduce the number of dog bites. It hasn’t worked, Ó Súilleabháin tells The Huffington Post — and may even be contributing to the increase in bites, by encouraging the misperception that keeping some dog breeds muzzled is the beginning and the end of dog bite prevention.”