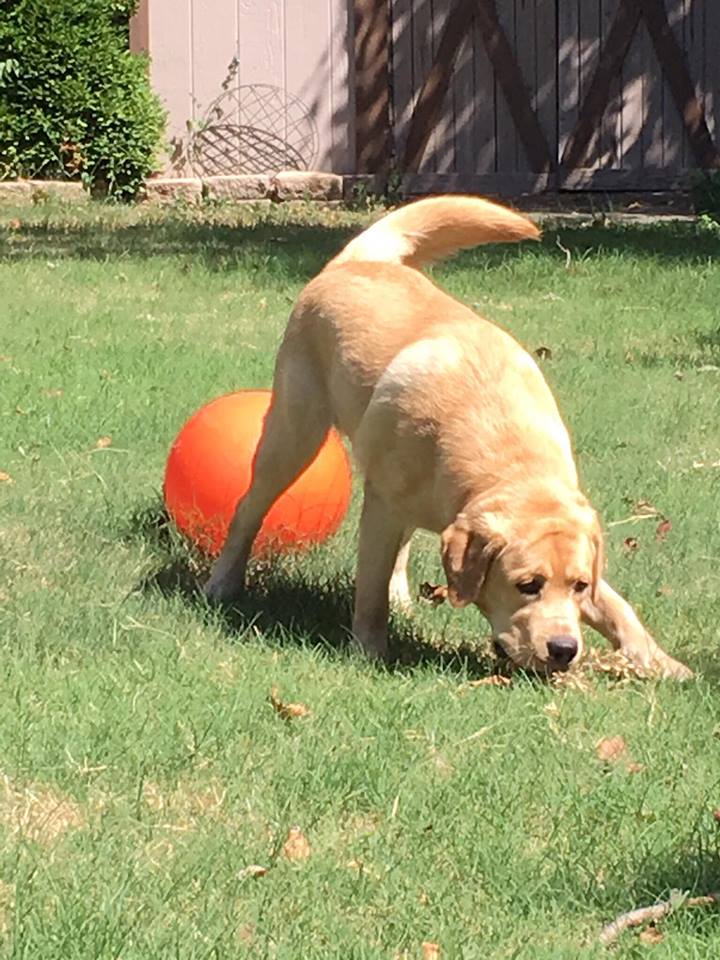 Can you believe he’s almost grown now! Douglas worships his big brother Tanner at home and loves to play with his sister Ivy. He also enjoys play time with his friends Dylan and Luna.

Not only has he matured physically, he’s getting there intellectually as well! He passed Obedience 1 with flying colors, but hasn’t been to Obedience 2 yet—that’s on the agenda after things settle down a bit.

As you can tell by the photo, he loves sticks of all kinds, the bigger the better. He convinces Tanner to play with him by dragging up a giant stick and teasing him with it until Tanner can’t resist. He goes to daycare 2-3 days a week and other days just hangs out in a room or plays wth toys. He’s been in one small show and did pretty well. I think his other mom is planning to take him to others shows in the fall.

We love our Douglas!